It is World War II, and bombs are dropping all around. This is when Hermann Braun (Klaus Löwitsch) and Maria (Hanna Schygulla) get married. They have one single night together before the husband must return to the front. After the war – they say her husband died – Maria has an affair with the black G.I. Bill (George Byrd). But Hermann returns home unexpectedly from captivity. In her confrontation with husband and lover, Maria hits Bill with a bottle. He dies. Hermann pleads guilty and is sentenced to jail. Maria meets the industrialist Oswald (Ivan Desny) and becomes an indispensable part of his life and his firm. All the time she awaits Hermann’s release. When the time comes, Hermann disappears without a trace. He resurfaces only after Oswald’s death. Maria learns about a contract between the two men: Whereas Hermann sacrifices Maria as long as Oswald lives, the latter makes the couple his heir in return. Instead of the long-awaited celebration a catastrophe happens: Maria – intentionally or not? – leaves the gas oven on, and during the 1954-radio broadcast when the German soccer team is winning the world championship, an enormous explosion destroys the house. 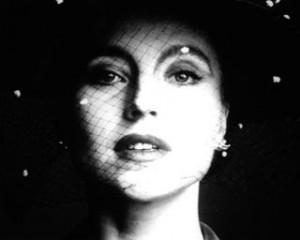