Franz (Rainer Werner Fassbinder), a small-time pimp attached to the prostitute Joanna (Hanna Schygulla), resists joining the syndicate. Members of the latter beat him. Franz loves another criminal, the handsome murderer Bruno (Ulli Lommel), with whom he also wants to share his lover Joanna. However, the syndicate commissions Bruno to commit murder, and Franz is framed in order to force him to collaborate. In the end the men plan to rob a bank together. Joanna gives them away to the cops. In the mix-up of the robbery, the police shoot Bruno. Franz and Joanna manage to flee. The film is dedicated to “Claude Chabrol, Eric Rohmer, Jean-Marie Straub, Linio and Cuncho.” The latter two are characters in the 1966 Italian film by Damiano Damiani, Quien Sabe? (A Bullet for the General). 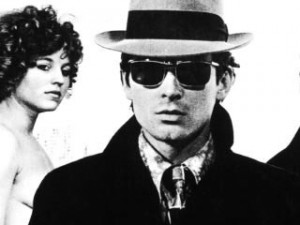