1938. Willie (Hanna Schygulla) and Robert (Giancarlo Giannini) are in love: She, a minor German singer who appears in a Zurich nightclub and waits for her big breakthrough. He, son of a rich Jewish family. His father (Mel Ferrer) is the head of an organization that helps Jews flee from Nazi Germany. While he is against Robert’s relationship with a German, as he feels that this could jeopardize the work of his organization, he permits Willie to accompany Robert on a secret mission to Germany. Upon their return to Switzerland the lovers find out that Robert’s father played a cruel trick on them: Willie is not allowed back into the country. They are forced to part. She remains in Germany and becomes famous. First she appears with “Lili Marleen” in Munich’s “Alter Simpl.” Then Henkel (Karl-Heinz von Hassel), an influential Nazi, supports Willie and has the song recorded. When Belgrade’s German Military Radio Station plays the tune, Willie suddenly becomes a big German Nazi star who is celebrated and admired even by the Führer himself. Robert visits Willie in Berlin using an assumed name. However, their meeting is monitored by the Gestapo. Robert is arrested while the clueless Willie goes on tour to the Eastern Front. She agrees to carry information about extermination camps with her that are supposed to be handed to the Zurich organization so that Robert’s father can use the evidence to free his son. Willie’s career is ruined when her plans surface. Out of desperation and fear of the Nazis, she tries to commit suicide. Robert helps her by getting the British Military Station in Calais to broadcast her arrest and report her subsequent assassination. Willie’s incredible popularity forces the Nazis to deny the news. Willie is forced back onto the stage once more. When the war is over, she sees Robert again, and she must acknowledge that their former private happiness is in shambles. 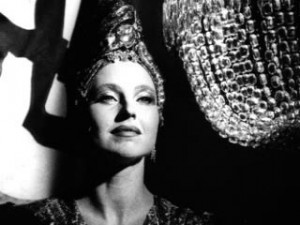