1878, somewhere out West in the United States. The Nicholson family resides in a mansion that resembles a mausoleum. The estate owner Ben Nicholson (Ron Randell), and his second wife Katherine (Katrin Schaake) with her nymphomaniac inclinations live with the two sons from her first marriage, the homosexual Frank (Ulli Lommel) and the mentally disturbed Davy (Harry Baer). Whity (Günther Kaufmann) is the Nicholson’s obsequious servant and also Ben’s illegitimate son. The black man only gains self-confidence after numerous family members ask him to kill other members of the family. Whity executes the verdict the Nicholsons have long pronounced about themselves. 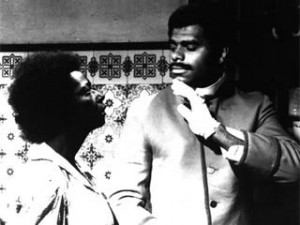