“Effi Briest, or many people are aware of their own capabilities and needs, yet acquiesce to the prevailing system in their thoughts and deeds, thereby confirming and reinforcing the system.” Effi Briest (Hanna Schygulla) is seventeen; she is married off to Baron Geert von Innstetten (Wolfgang Schenck), twenty years her senior. Effi feels lonely in her new home, a secluded place on the Baltic Sea. She is unhappy. Without really admitting this to herself, she is unhappy because despite the sympathy the ambitious man of principles has expressed towards her, she knows that she is not really loved. Whereas the acquaintance with the new county commander, Major Crampas (Ulli Lommel) – to whom her husband also feels friendship – initially brings change, it ultimately leads to confusion. A relationship develops between Effi and Crampas that vacillates between dalliance and passion. With the family Instetten’s move to Berlin, this connection comes to an end. Six years later, Innstetten finds the letters Effi received from Crampas by pure coincidence. He kills Crampas in a duel and repudiates his wife who is also forced to sacrifice her daughter. Due to their rigid moral standards, Effi is prevented from returning to her parents. Her will to live comes to an end, and she dies after one year. 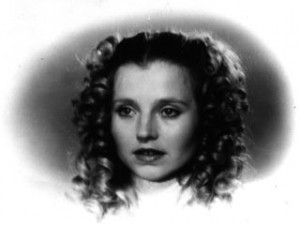