On Laetare Sunday, March 24, 1476 – the day winter is driven out and summer invited in – the drummer Hans Böhm (Michael König) appears in the Franconian town of Niklashausen. He is a shepherd who in the past – on similar occasions – has performed music and songs. On this day, Hans Böhm burns his drum in front of the assembled peasants and talks to them about the revelation he has experienced. He says that the Mother of God appeared to him and instructed him to preach to the people. But soon, the religious speech takes a political turn, and revolutionary social conclusions are drawn from Christian motifs. Hans Böhm claims, that Christ’s Empire should be realized in the here and now, not in the celestial hereafter. Thus, Böhm demands the abolition of sinecures and clerical law. Emperors, the aristocracy, knights and burghers alike are told to give up their privileges and become equals of the ordinary man. Everyone should receive the same pay and all property is supposed to be shared. Initially, Böhm’s sermons were a great success. Thousands of peasants from all over Germany – from Bavaria, Swabia, Hesse, Thuringia and Saxony – came to Niklashausen. Soon, there were more than 30,000 people in the area. But while his support increased, Böhm also had to betray his own mission. Fueled by a numb and inarticulate dissatisfaction, Böhm’s political program was incomprehensible to the peasants. Beneath the weight of an oppressive political situation, they had lost their ability to even imagine better conditions. Thus they were only able to conceive of a change through a miracle. They saw Böhm as a Messiah, not a revolutionary. Böhm was incapable of dealing with the dialectics at play; he was unable to teach Enlightenment to the unenlightened. When the bishop’s soldiers arrested him, the peasants were motionless. They hoped that Böhm would effect a miracle. Böhm had not been able to convey that only personal action will lead to changes. On July 15, 1476, Böhm was burned to death on Würzburg’s place of execution. 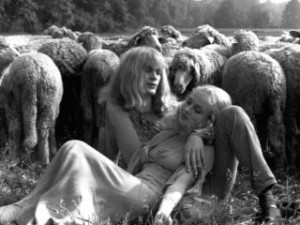