In a hotel near the sea, a film team awaits the arrival of the director, the star, the money supplied by the state-supported film agency and the film material. The atmosphere is a mix of hysteria, apathy, hope, quarrelling, jealousy, affairs. When the director (Lou Castel) arrives with the star (Eddie Constantine) the former is placed at the center of the chaos. Changing couples and groups. The production manager (Fassbinder) attempts to get the shooting organized in an authoritarian manner. Eddie who looks like a fossil from long forgotten times in comparison to the others, gets close to the actress Hanna (Hanna Schygulla). Jeff explains the staging of the next scenes. In senseless actions, the entire team – by now they feel increasingly dependent on Jeff – rebels against him. Jeff gets beaten up. But finally, the shooting of the film can begin. 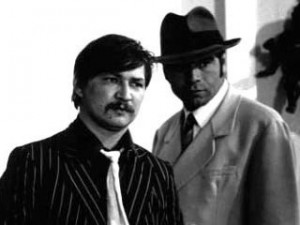