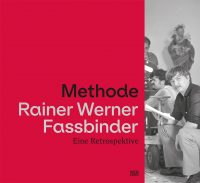 At this year’s Mannheim-Heidelberg International Film Festival (IFFMH), the Rainer Werner Fassbinder Award for Best Screenplay was presented for the second time. The jury consisting of director Nicolas Wackerbarth, curator Michelle Carey and producer Kathleen McInnis bestowed the honor on the French directing duo Julie Lecoustre and Emmanuel Marre for their debut feature ZERO FUCKS GIVEN.

In the tragicomedy, Adèle Exarchopoulos plays a flight attendant trying to manage her life between alcohol binges, parties and Tinder dates. The jury was impressed by “the playful way the authors deal with the global precariat and the depiction of punitive reactions to the revelation of human feelings.”

The RWF Award jury also made special mention of the Japanese director Kiyoshi Sugita for his impressionistic drama HARUHARA-SAN’S RECORDER, which tells the story of a young woman’s everyday life after a tragic event. The jury was particularly impressed here by “the absence of the written word.” An overview of all the festival’s award winners can be found at: https://www.metropolnews.info/mp523547/mannheim-heidelberg-die-preistraeger-des-70-iffmh DE

A new documentary about Hanna Schygulla is currently available in the Arte online media archive. In his cinematic portrait, André Schäfer accompanies the Schygulla over a period of two years in Paris and Berlin. “Without Rainer Werner Fassbinder, the actress Hanna Schygulla would never have existed,” she says at one point while looking at a picture of the director. In keeping with the film’s French subtitle (“The Free Muse”), however, the film also tells of how Schygulla emancipated herself from her longtime collaborator. For example, we see her shooting a short film with Syrian youths and learn about her role in François Ozon’s new film EVERYTHING WENT FINE. The documentary is available at:
https://www.arte.tv/de/videos/095786-000-A/hanna-schygulla/ DE
https://www.arte.tv/fr/videos/095786-000-A/hanna-schygulla-une-egerie-libre/ FR

The Swiss publisher Kampa Verlag has just brought out the book “Chaos? Hinhören, singen” (Chaos? Listen, Sing), in which Ingrid Caven talks about her eventful life. In a conversation with journalist Ute Cohen “the last German diva” chats about the “wild seventies, about sex, drugs and rock ‘n’ roll […], art and politics, MeToo, populism and aging,” among other things. Irene Bazinger of the Frankfurter Allgemeine Zeitung was very taken with the book, noting that it provides Caven with “ample opportunity to show off all her charm, humor and intelligence.” More information about the publication can be found on the publisher’s website.
https://kampaverlag.ch/ingrid-caven-chaos-hinhoeren-singen/ DE

As a Christmas gift tip, we would like to recommend to our readers the catalog of the Bonn exhibition “The Rainer Werner Fassbinder Method: A Retrospective” published by Hatje Cantz Verlag. This richly illustrated volume about RWF’s life and work includes texts by Karlheinz Braun, Elisabeth Bronfen, Udo Kier, Juliane Maria Lorenz-Wehling, Verena Lueken, Wolfram Schütte, Michael Töteberg and Wim Wenders, among others. The book can be purchased here: https://www.hatjecantz.de/methode-rainer-werner-fassbinder-8037-0.html DE

Christian Muggenthaler of nachtkritik.de strongly recommends a visit to the Stadttheater Ingolstadt, where Mareike Mikat has adapted Fassbinder’s film LOLA (1981) for the stage. Mikat has transformed this final film in RWF’s West German trilogy into a production that is as “entertaining” as it is “haunting” and concerns people “who have subjected themselves to the mechanics of the world of commodities and value creation.” (The entire text is available here: https://bit.ly/3y3Z5Er DE) Tickets for upcoming performances in December and January are available on the theater’s website: https://theater.ingolstadt.de/spielplan/premieren-wa/hauptproduktionen/lola/ DE

On 26 November we received the sad news that the actor, photographer, director and restaurant-owner Roger Fritz had passed away at the age of 85. It was after a long, unsuccessful search for a leading actor for his debut film JET GENERATION (1968) that Eckhart Schmidt came across Fritz, who fitted the director’s requirements: “attractive looks, natural vitality, international type.” Fritz went on to appear in films by Sam Peckinpah, Rudolf Thome and Marran Gossov as well as in four of Fassbinder’s later films. Less well known, but equally worth seeing, are Fritz’s own directorial works, which are more strongly oriented toward genre cinema and of which MÄDCHEN (1966), MÄDCHEN: MIT GEWALT (1970) and FRANKFURT KAISERSTRASSE (1981) are also available on DVD.

Our congratulations go to Franco Nero, who celebrated his eightieth birthday on 23 November. Perhaps the best-known role in his extensive filmography is that of the taciturn Django in Sergio Corbucci’s eponymous Spaghetti Western. In Fassbinder’s QUERELLE (1982), he was seen as Lieutenant Seblon.

The tenth anniversary of the death of actress Rosel Zech was on 31 August. Among her many film and theater roles, it is her performance as the title character in Fassbinder’s VERONIKA VOSS (1982) for which we especially remember her.

We wish all our readers and friends the best of health, peaceful Christmas holidays and a happy new year. Next year, 10 June will mark the fortieth anniversary of RWF’s death, making 2022 a very special year for the Fassbinder Foundation.

More on the films of Rainer Werner Fassbinder:
http://www.fassbinderfoundation.de/filme-von-fassbinder/?lang=en